The History of Dry Cleaning

Dry cleaning uses non-water-based solvents to remove soil and stains from clothes. The potential for using petroleum-based solvents in this manner was discovered in the mid-19th century by French dye-works owner Jean Baptiste Jolly, who noticed that his tablecloth became cleaner after his maid spilled kerosene (paraffin) on it. He subsequently developed a service cleaning people’s clothes in this manner, which became known as “nettoyage à sec,” or “dry cleaning” in English.

After World War I, dry cleaners began using chlorinated solvents. These solvents were much less flammable than petroleum solvents and had improved cleaning power. By the mid-1930s, the dry cleaning industry had adopted tetrachloroethylene (perchloroethylene), colloquially called “perc,” as the ideal solvent. It has excellent cleaning power and is stable, nonflammable, and gentle to most garments. However, perc was also the first chemical to be classified as a carcinogen by the Consumer Product Safety Commission (a classification later withdrawn). In 1993, the California Air Resources Board (CARB) adopted an airborne toxic control measure (ATCM) to reduce perc emissions from dry cleaning operations. The dry cleaning industry is now[when?] beginning to replace perc with other chemicals and/or methods. At this time, dry-cleaning was carried-out in two different machines — one for the cleaning process itself and the second to dry the garments.
Traditionally, the actual cleaning process was carried-out at centralized “factories”; high street cleaners shops received garments from customers, sent them to the factory, and then had them returned to the shop, where the customer could collect them. This was due mainly to the risk of fire or dangerous fumes created by the cleaning process. 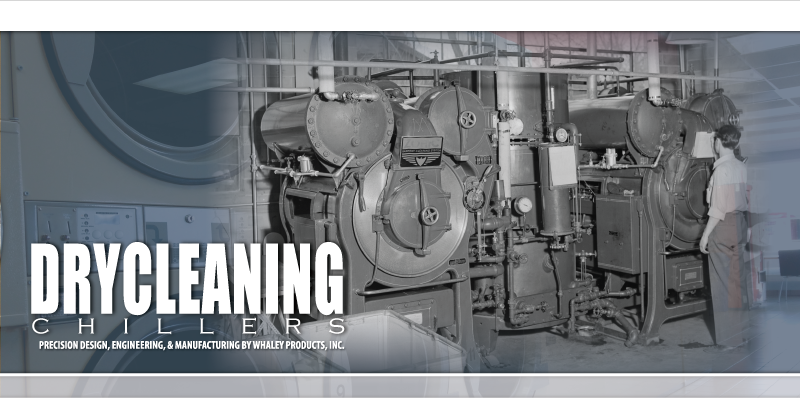 This changed when the British dry-cleaning equipment company, Spencer, introduced the first in-shop machines (which, like modern dry cleaning machines, both clean and dry in one machine). Though the Spencer machines were large, they were suitably sized and vented to be fitted into shops. In general, three models, the Spencer Minor, Spencer Junior, and Spencer Major, were used (larger models, the Spencer Senior and Spencer Mammoth, were intended for factory use). The cleaning and drying process was controlled by a punch-card, which fed through the “Spencermatic” reader on the machine. Also, Spencer introduced much smaller machines, including the Spencer Solitaire and one simply called the Spencer Dry Cleaning Machine, for use in coin-operated launderettes. These machines resembled coin-operated tumble dryers; to be as small as they were, they simply filtered used perc, rather than distilling it like the commercial Spencer machines. Solvent had to be changed far more frequently as without distillation, it quickly became discolored, and could cause yellowing of pale items being cleaned. A coin-operated version of the Spencer Minor, which automatically carried out all the distillation and solvent-cleaning operations of the standard version was available but rarely seen, presumably[citation needed] due to its greater cost and size than the other coin-operated machines.

During the 1970s and 1980s, Spencer machines were extremely popular, with virtually every branch of Bollom possessing either a Spencer Minor or a Spencer Junior. Spencer continued to produce machines (introducing new modular and computer controlled models, such as the Spencer Sprint series) until the late 1980s, when the company closed. Spencer machines may still occasionally be seen.